Prevalence of Frailty Syndrome and Chronic Diseases among the Elderly Population: A Hospital-based Study from a Tertiary Care Center

How to cite this article: Ghosh K, Pal J, Hati A, et al. Prevalence of Frailty Syndrome and Chronic Diseases among the Elderly Population: A Hospital-based Study from a Tertiary Care Center. Bengal Physician Journal 2021;8(1):3–8.

Aim and objective: This study is aimed to evaluate the prevalence of chronic diseases and frailty which can inform the next generation of models to understand frailty as an emergent property in a complex adaptive system.

Materials and methods: A cross-sectional observational study was planned to evaluate chronic diseases and frailty upon 200 patients of more than 60 years of age. Patients were evaluated for having frailty syndrome by frailty-defining criteria as defined by Fried and colleagues, along with the presence of some chronic diseases.

Conclusion: Frailty syndrome was very common among the elderly population in our study. Hypertension, diabetes, and osteoarthritis were the commonest comorbidities in the geriatric population of our study.

Geriatric medicine is a branch of medical science dealing with clinical, medical, social, preventive, rehabilitative, and psychological aspects of illness in elderly individuals. In India, 60 years and above are considered as the geriatric age-group. Elderly people frequently suffer from chronic diseases, such as hypertension, ischemic heart disease, diabetes mellitus, chronic kidney disease (CKD), osteoarthritis, depression, hypothyroidism, etc., resulting in an increment of morbidity and mortality.

Frailty is defined as a common clinical syndrome in older individuals with reduced physiological reserve and function across various organ systems, resulting in loss of physical and mental performance and decreased ability to cope with everyday or acute stressors.1,2 Frailty involves a complex proinflammatory condition characterized by multisystem dysregulation, such as the immunological, neuroendocrine, and neuromuscular systems, leading to altered homeostatic capacity and augmented susceptibility for subsequent morbidity and mortality.3

So, to keep the elderly healthy apart from chronic diseases, early detection of frailty and detection of prefrailty are necessary. The surrogate endpoint markers are elevated proinflammatory cytokines and chemokines like tumor necrosis factor-α (TNF-α), interleukin-6 (IL-6), and acute-phase inflammatory proteins like C-reactive protein (CRP)5–9; reduced IGF-1, sirtuins, albumin, leptin, and DHEAS10; and perturbed neutrophil, monocyte, and white blood cell distribution11,12 which indicates dysregulation of multiple systems in frailty. Frailty syndrome is itself an independent predictor of mortality as advanced age is a risk factor for various adverse health consequences, including disability, falls, fractures, and delirium, resulting in poor standards of living. The majority of the medical care services like emergency visits and hospitalization are availed by older adults and the healthcare costs of frail adults are manifold higher than their nonfrail counterparts as shown in multiple cohort studies.13–17 To sum up, frailty is associated with increased health consciousness, loss of adaptive capabilities of the body and decreased resistance to adverse life events, a decline in living standards, and a decreased chance of survival in older adults.18–20

In this study, we have tried to detect and evaluate the prevalence of chronic diseases and frailty in the elderly.

A cross-sectional observational study was planned, after institutional ethics clearance, to evaluate the prevalence of chronic diseases and frailty upon 200 patients of more than 60 years of age attending the Medicine Outpatients Department and Geriatric Clinic of a tertiary care center between April 2018 and September 2019. Patients were evaluated for having frailty syndrome by frailty-defining criteria as defined by Fried and colleagues, along with the presence of some chronic diseases, such as hypertension, ischemic heart disease, diabetes mellitus, osteoarthritis, CKD, depressive disorder, and hypothyroidism.

The following five items were proposed by Fried et al. for consideration of the diagnosis of frailty syndrome, namely: 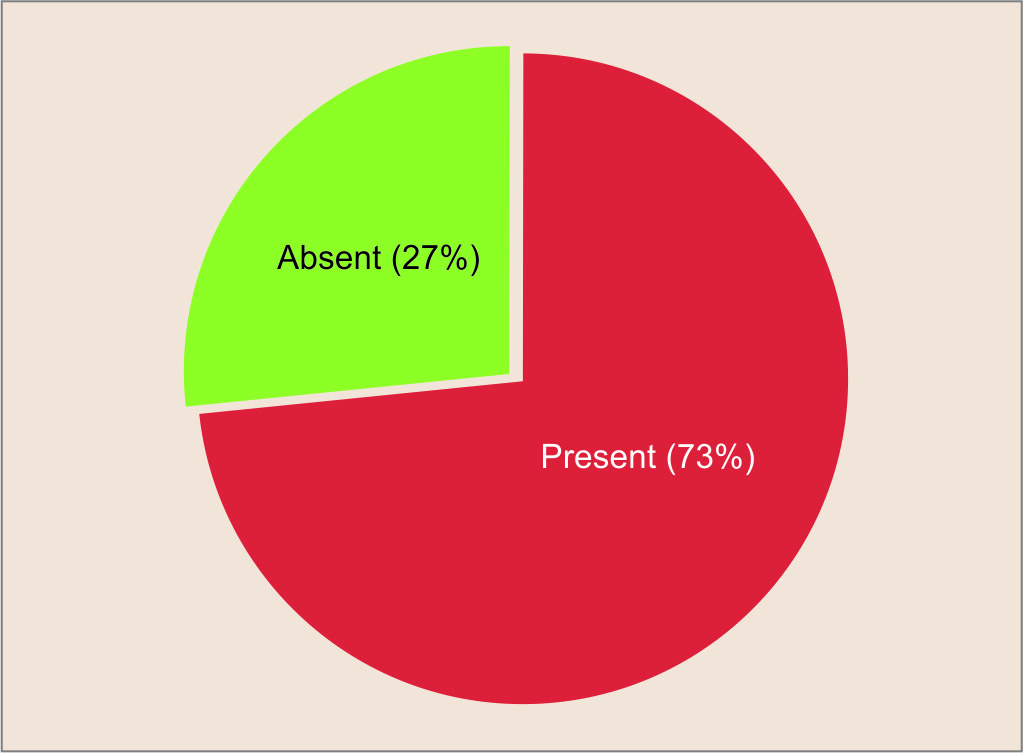 Fig. 1: Pie diagram showing the prevalence of chronic diseases among the study population 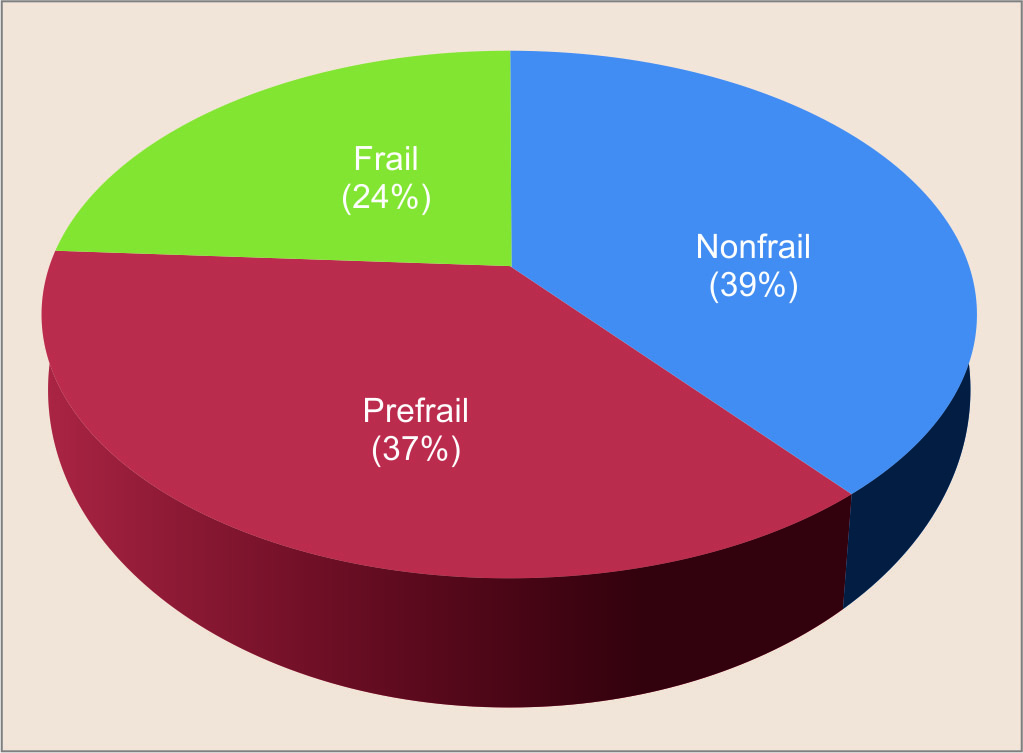 Fig. 2: Pie diagram showing the prevalence of nonfrail, prefrail, and frail among the study population

Using the data from the cardiovascular health study (CHS), Fried et al.4 conducted a study among 5,317 residents of four U.S. communities aged less than 65 years, using the phenotype of weakness. The prevalence of frailty in that specified population was 6.9% and was associated with African-American ethnicity, low education, low socioeconomic status, poor health status, comorbidities, female sex, chronic noncommunicable diseases, and disabilities. In the CHS, with age, the prevalence of frailty increased from 3.9% in the 65 to 74 age-group to 25% in the 85+ group and was found to be more in women than men (8 vs 5%).4

It is quite evident from the previous studies that the prevalence of frailty varies from population to population significantly and no exact reliable data on the worldwide geriatric population of the same can be found.

In this study, the prevalence of frailty was noted to be 24% among the total 200 patients. Twenty-three women were found to have frailty syndrome (meeting three out of five criteria of Fried’s criteria) among the total 47 women in contrast to 25 of 153 men having frailty. Thus, the prevalence of frailty in women was noted to be higher compared to men which corroborates with the results of the previous studies.

But, the prevalence of frailty itself among the total sample size is much higher than the prevalence mentioned in different previous studies.4,21,23,24 This particular study is matching partly with the study conducted in 2008 in Latin-American counties.22 This variation of prevalence may be due to the reason that all the previous studies were done in a community-based survey and this study was done in the outpatient department in elderly with some ailments or chronic diseases; the chances of frailty increase as the comorbidities increase.4

Using Fried’s criteria, it was found that half of the patients have a weakness (decreased grip strength), which corroborates with the previous studies except the study conducted in Rio de Janeiro, Brazil, in 2010, in which slowness was the predominant manifestation. The other manifestations in this study in decreasing the order of frequency are weight loss, exhaustion, slowness, and low physical activity.

It has been also noted that frailty is prevalent in higher age-groups than lower ones as evident by which is also supported by the previous literatures.4

Numerous operational criteria to identify frail elderly persons have been reported in the literature. However, it has been observed great diversity in the composition of the items that compose the instruments used to classify individuals as frail.25 For the last 10 years, the concept of frailty phenotype, as proposed by Linda Fried and coworkers,4 has dominated this area of scientific research, and many efforts have been made to confirm the reproducibility and validity of this method.23,26 Although this method consists essentially of biological items, some authors believe that the instrument can be affected by other domains, such as cognition.27 Moreover, there remains much discussion as to what constitutes the real nature of frailty, what it represents, and whether its content is valid.28 For this reason, evaluating different elderly populations using these items, testing alternative hypotheses, and reflecting on the meaning of the produced empirical data remain the task of many scientists in the field of human aging.

Studies that have attempted to apply the frailty syndrome–CHS methodology are difficult to compare because there is much variation in the composition and format of the instrument used to measure each item of the scale.21,23,24 For example, the “loss of weight” item in the study by Xue and coworkers and the “exhaustion feeling” in the study by Boyd et al. represent such variable items.23,30 According to Xue et al., self-reporting may be subject to errors, and BMI may be a better indicator of weight loss.29 To verify the feeling of exhaustion, Boyd et al. used one analogical visual scale rather than two questions from the Center for Epidemiological Studies-Depression.30

Many health problems are known to increase with age and this demographic trend may lead to an increase in the absolute number of health conditions in the population because there is a growing body of evidence that older people are at risk for multiple comorbid conditions, and thus the healthcare seeking also increases.31 The common problems which affect the elderly include arthritis, cataract, ischemic heart disease, diabetes mellitus, hypertension, depression, hypothyroid, CKD, and others.

In this study, seven chronic diseases like hypertension, diabetes mellitus, osteoarthritis, ischemic heart disease, CKD, depression, and hypothyroidism were studied in 200 elderly persons aged more than 60 years of age; of which 73.5% have one or more chronic diseases.

Hypertension was the most common statistically significant cause of chronic noncommunicable disease morbidity in the studied population which has been buttressed with the reports from other parts of the world. Apart from the age-related cardiovascular changes, aging can lead to an increased sedentary living, overweight and obesity, excessive food intake, and reduced food metabolism which can further predispose the elderly population to hypertension.

Diabetes mellitus was found in 38.5% of the population which is statistically significant. Moreover, Cigolle et al. had reported that adults with diabetes had an increased prevalence and incidence of geriatric conditions across the age spectrum compared to those without diabetes.32

Osteoarthritis was reported in 37% of the subjects. It has been observed that musculoskeletal disorders lead to incorrect biomechanics, impaired mobility, and skeletal and muscular deconditioning which further results in decreased functional reserves and ability to adapt to physiological, physical, and psychosocial challenges.33

Other chronic diseases reported are as follows: ischemic heart disease in 21%, hypothyroidism in 15.5%, depression in 13.5%, and CKD in 5.5% of the subjects.

To summarize, a total of 200 elderly persons of more than 60 years of age were observed over a period of 18 months. Out of them, 24% of them were found to have frailty syndrome (meeting three out of five criteria proposed by Fried and colleagues). Among the study population, women (48.9%) were found to be more frail than their men (16.3%) counterparts, and the prevalence of frailty is more with increasing age. In this study, it has also been observed that 37.5% of the total study population are in the prefrail group.

In the other part of the study in the same population, it is found that 73.5% of them are having one or more chronic diseases and the prevalence of some chronic diseases is much more in frailty syndrome like hypertension, CKD, diabetes mellitus, and osteoarthritis.