Primary sclerosing cholangitis (PSC), a disease of unknown etiology, is diagnosed on the clinical and biochemical findings of cholestasis combined with the characteristic findings seen on cholangiography. Small duct cholangitis is a variant of the PSC spectrum with distinct clinical course and outcome. We present two cases of small duct PSC, which are presented with the clinical and biochemical features of cholestasis but without typical positive findings on cholangiography. A liver biopsy was attempted, which confirmed sclerosing cholangitis. Upon diagnosis, both the patients were prescribed ursodeoxycholic acid at a dose of 15 mg/kg body weight/day and liver biochemistry was followed up after 3 months, which revealed biochemical improvement.

Being an uncommon variant of this “not so common” disease spectrum, small duct PSC often poses a diagnostic dilemma with its presentation due to the clinical and cholangiographic mismatch. The cases remind that a negative cholangiography does not rule out the PSC spectrum.

Primary sclerosing cholangitis (PSC) is a cholestatic disease of unknown etiology characterized by chronic inflammation and fibrosis of the bile ducts. Despite being labeled as a rare disease, PSC, also known as large duct PSC, is a well-established disease entity. Thanks to the advent of endoscopic retrograde cholangiopancreatography and magnetic resonance cholangiogram (MRCP), there is now a better understanding of the disease prevalence and diagnostic convenience. The characteristic findings seen on cholangiography in the form of irregular bile ducts with multiple strictures and dilations giving rise to a “beaded pattern” are diagnostic of PSC. However, a minority of patients can be present with clinical and biochemical pictures similar to PSC, but lack typical findings on cholangiogram. These groups of patients require tissue diagnosis for the confirmation of diagnosis. Such cases that resemble PSC on biochemistry and histology, but appear normal on cholangiography, are termed small duct PSC. The negative cholangiogram finding is due to the fact that ducts can be too small to be detected on cholangiography and only be visible via biopsy.1 Small duct PSC represents around 5 to 20% of the whole PSC group.2–5 Compared to the classic PSC or large duct PSC, it has a more benign outcome.5 Also, it responds better to the standard therapy.1 A liver biopsy, thus, should be attempted to make a prompt diagnosis in cases that resemble PSC on laboratory workup, but end up with a normal cholangiogram. We report two cases of small duct PSC with similar initial diagnostic dilemma. The liver biopsy yielded the final diagnosis in this context.

A 44-year-old hypertensive and diabetic woman presented with fatigue, pruritus, and mild jaundice with cholestatic liver function tests. She gave no history of prodromal symptoms, abdominal pain, previous jaundice, hematemesis, melena, diarrhea, per rectal bleeding, and alteration of consciousness. She denied ever using tobacco products, alcohol, or illicit substances; nor did she take any drug prior to this illness except insulin and calcium channel blockers, which she had been taking for diabetes mellitus and hypertension, respectively. Examination revealed mild anemia, mild jaundice, and excoriations in different parts of the body due to pruritus.

All viral markers were negative, and the autoimmune profile was non-contributory, except for a positive finding of ASMA. MRCP showed no hepatobiliary abnormality. (Fig. 1 and Fig. 2) She was requested to be hospitalized for further evaluation. She was provisionally diagnosed as a case of small duct PSC. Our differential diagnosis was antimitochondrial antibody-negative primary biliary cholangitis. After necessary workup, a liver biopsy was performed. Histopathology report confirmed cholestatic hepatitis due to sclerosing cholangitis (Fig. 3 and Fig. 4). 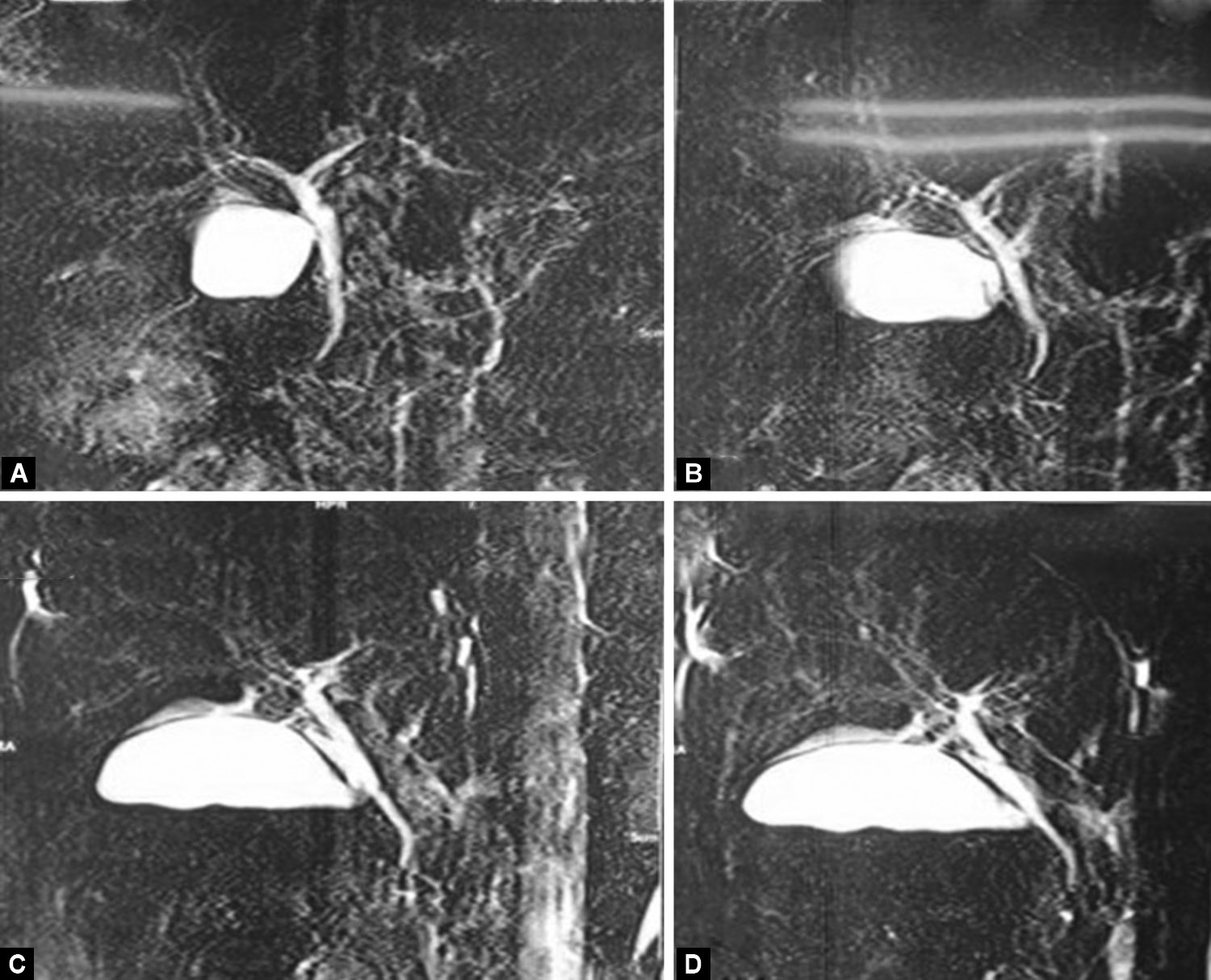 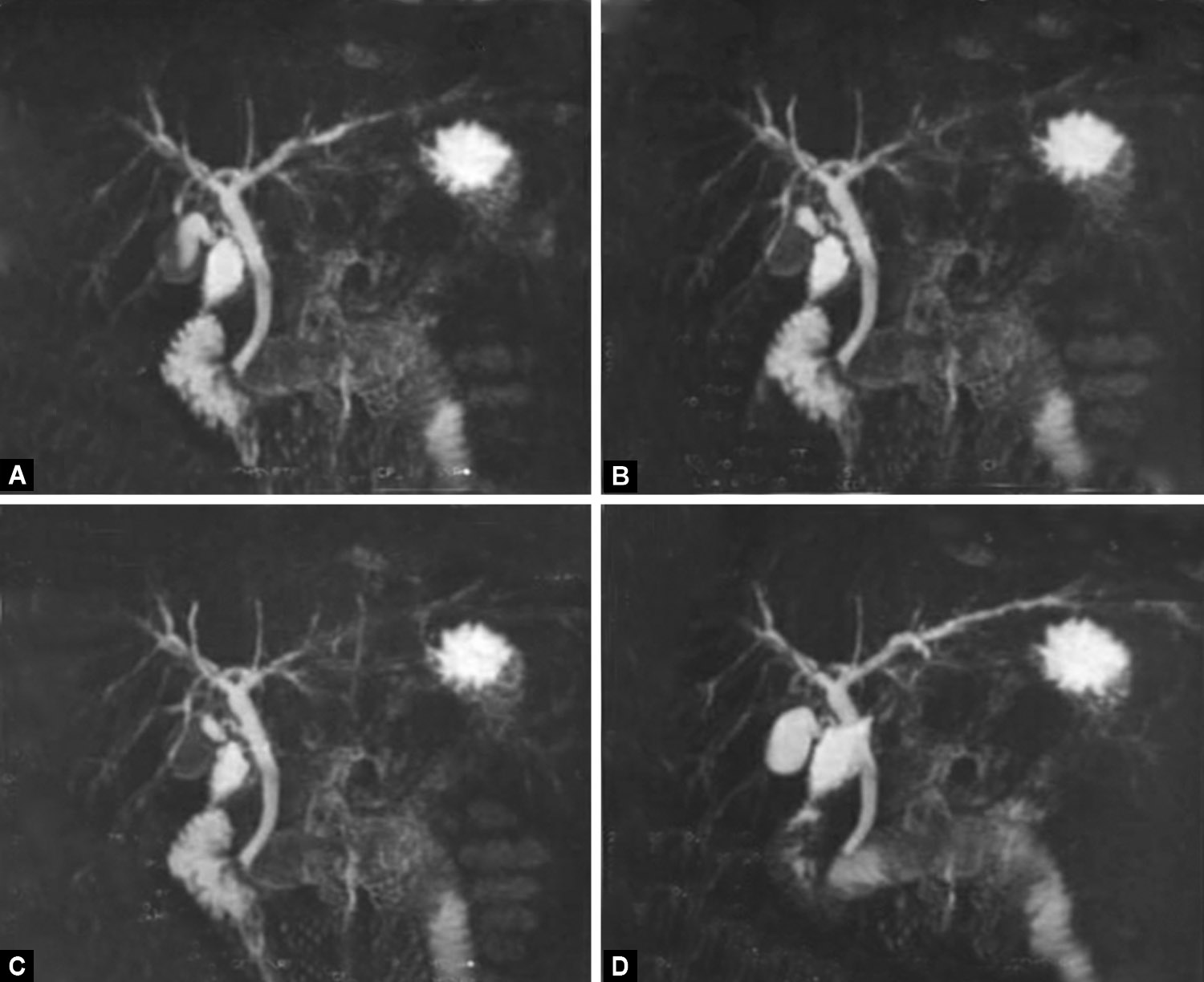 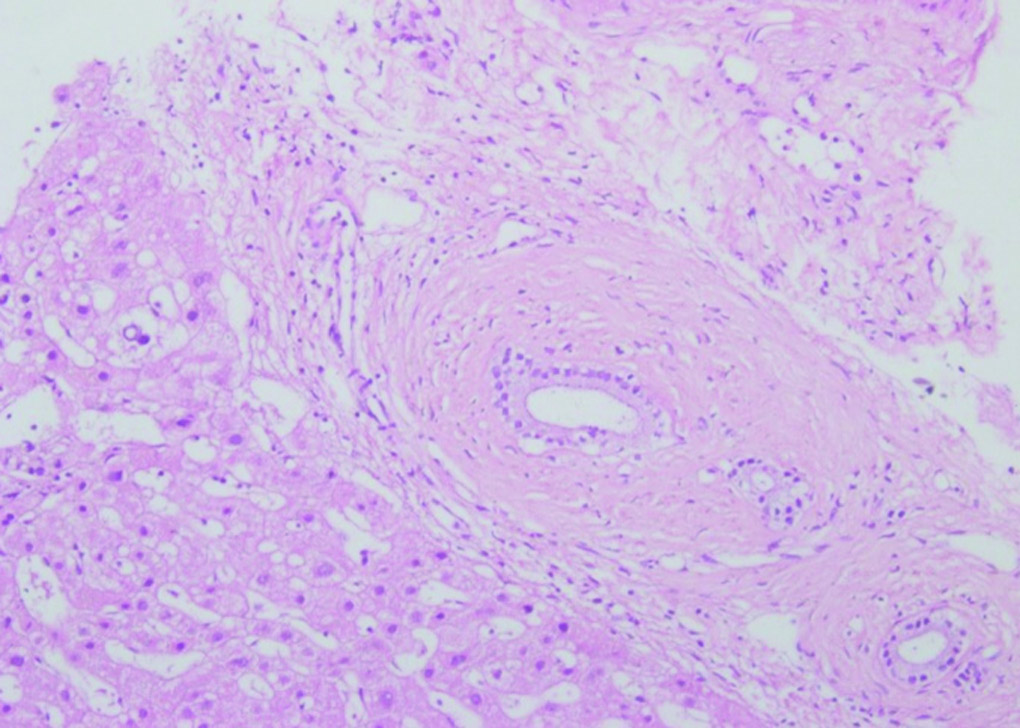 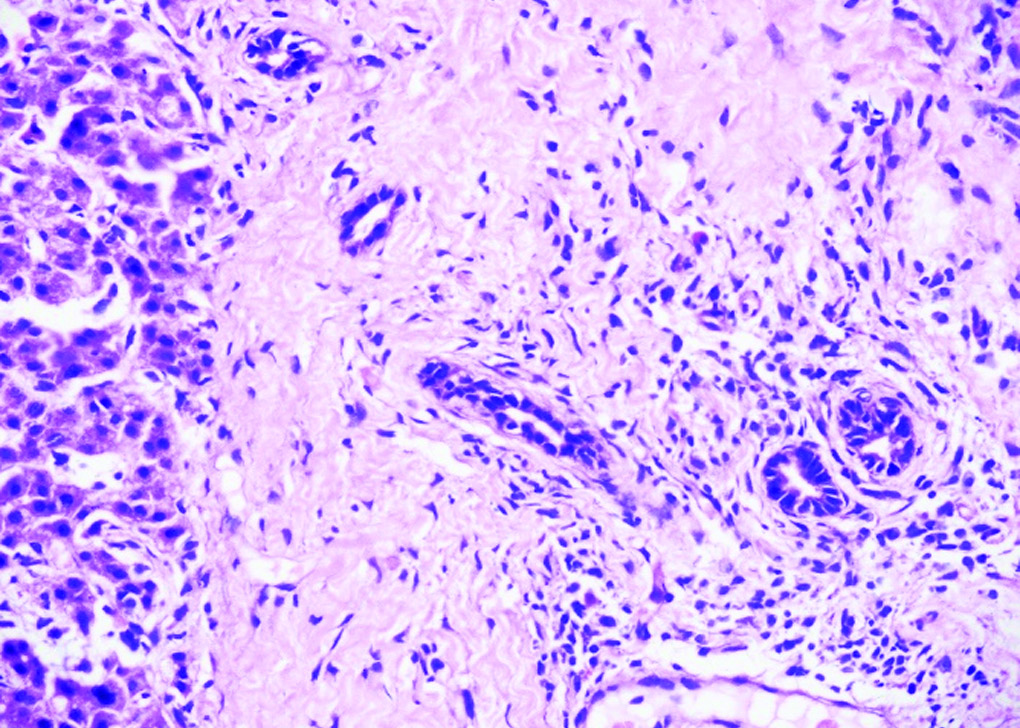 Upon exclusion of secondary causes of sclerosing cholangitis, both cases were diagnosed as small duct PSC. UDCA, at a dose of 15 mg/kg/BW/day, was given in divided doses, and the patients were advised to return for a follow-up after 3 months (Tables 1 and 2).

At the follow-up visit after 3 months, our first patient was clinically anicteric, pruritus resolved, and fatigue subsided to a great extent. On the contrary, during her follow-up visit, our second patient was mildly icteric, fatigue, and pruritus subsided. The liver biochemistry of both patients improved when compared to baseline values.

Liver biopsy has a crucial role in diagnosing small duct PSC. Unlike large duct PSC, small duct PSC lacks typical findings on cholangiogram. Hence, tissue diagnosis is necessary for small duct PSC. Histological specimen reveals inflammation and concentric fibrosis of the bile ducts. Marked periductal fibrosis can give rise to the characteristic “onion skin appearance,” which is not a very common finding, but when present, is considered as the hallmark of PSC.12

Owing to the paucity of small duct PSC cases, there is a scarcity of information regarding medical treatment. However, UDCA, a widely used hydrophilic bile acid in the treatment of cholestatic liver disease, is associated with the biochemical improvement in small duct PSC.11 Following up of our cases after 3 months of UDCA therapy did reveal biochemical improvement. However, UDCA cannot slow down or prevent disease progression. Liver transplantation is the only curative treatment option.12

The cases reported here aims to point out the fact that small duct PSC, although rare, is a growing entity now. Due to the paucity of cases, case reporting is important in the present context for a better understanding of the prevalence, early diagnosis, clinical course, and initiation of timely therapeutic management.