An Unusual Case of Painful Swelling in the Neck

Lemierre’s syndrome: More than a historic curiosa, a prepenicillin era illness characterized by disseminated abscess and thrombophlebitis of internal jugular vein after infection of the oropharynx. The predominant pathogen is a gram-negative anaerobic bacillus Fusobacterium necrophorum. A prompt clinical diagnosis is of utmost importance for a favorable prognosis in the management of this patient. Here we present a case of Lemierre’s syndrome in a middle-aged uncontrolled diabetic male where the unusual and atypical clinical manifestation posed a mounting challenge in the diagnosis of this case. And, the peculiarity in this case was that the causative organism was Klebsiella pneumoniae that is not known to cause Lemierre’s syndrome typically. To date, only a few other cases have been reported where the organism was K. pneumoniae.

A 44-year-old gentleman with h/o fever and painful swelling in the neck 5 days prior to admission. There was no associated respiratory distress. However, the patient complained of difficulty in neck movement. There was no trismus. Dental examination was done which was unremarkable. On examination, a firm solitary swelling 9 × 10 cm in size was noted over the left side of the neck and face extending to the clavicle. Swelling was tender with marked redness and increased temperature. Swelling was nonpulsatile and firmly fixed to the skin. No active pus points or ulceration seen. Surface was smooth. No pulsation was seen or any movement with deglutition or protrusion of tongue. The patient is a known case of type II diabetes mellitus for the last 3 years and on glimepiride 2 mg + metformin 1 g. He is known for hypertensive for the past 5 years on amlodipine 5 mg. He is also a known smoker and alcoholic for the past 10 years. After admission, the patient was treated with i/v amoxicillin clavulanate 1.2 g thrice daily and clindamycin 600 mg thrice daily; injection glargine 20 units and regular insulin 15 units before breakfast, lunch, and dinner; and betadine mouthwash.

The reports are as follows: Hb 15,4, TC-8370, N-8O, L-13, M-6, E-1, B-0, Platelet-1.5 Lakh, MCV-89.7, total bilirubin-0.7, albumin-3.6, globulin-3.1, SGOT-26, SGPT-18, alkaline phosphatase-74, urea-51, creatinine-0.8, sodium-128, potassium-4.4, CRP 24, procalcitonin-2.2, LDH-143 (225-480), FBS-304, and HbA1C-13.5% and urine for ketones-negative, RBS-406. He was referred to an ENT surgeon and gave a diagnosis of deep neck space infection. Radiological investigations are as follows: chest X-ray pa view-normal, USG neck-left parotid bulky, and increased vascularity. Left sternocleidomastoid appears to be bulky and heterogeneous compared to the right. Few mildly enlarged lymph nodes were noted in levels II and III. USG carotid Doppler-flow through the B/L carotid WNL. Left internal jugular vein shows an echogenic thrombus with air. No color uptake was noted. Heterogeneous ill-defined areas were noted in the left side of the neck below the sternocleidomastoid extending to the root of neck. Echo shows mildly dilated left ventricle, EF 57%. He was thereafter referred to a radiologist for CT-guided aspiration of pus and to see the integrity of neck vessels. About 300 mL of pus was aspirated and was sent for aerobic and anaerobic cultures that revealed no growth. Meanwhile, blood C/S report came which showed the growth of Klebsiella pneumoniae which was sensitive to meropenem and clindamycin, and the antibiotic regime was changed to a regime of sensitive antibiotic. And, low molecular weight heparin 40 mg S/C twice daily and tablet aspirin 75 mg was suggested. His latest reports were HB 12.9, TC-9600, N-5, l-29, M-5, E-1, B0, and ESR 16.

Lemierre’s syndrome is a rare disease originally described by Andre Lemierre in 1936. It is typically caused by the microorganism Fusobacterium necrophorum. The most common primary infection is tonsillitis (87.1%), followed by mastoiditis (2.7%) odontogenic infections (1.8%).1,2 Most of the cases of Lemierre’s syndrome occur in adolescents and young adults with tonsillopharyngitis or less commonly those with an odontogenic infection, mastoiditis, sinusitis.3 Oral anaerobes invade the peritonsillar tissue and infection spreads to the adjacent lateral pharyngeal space that contains the internal jugular vein. F. necrophorum, an anaerobic gram-negative rod, commensally inhabits the oral cavity and gastrointestinal (GI) tract and female genital tracts in 82% of the cases.3 From the neck, it spreads hematogenous to various organs but most commonly to lungs but also to joints, liver, spleen, bone, kidneys, and meninges.4 K. pneumoniae as a causative organism of Lemierre’s syndrome (LS) is quite rare with only a few reported cases previously. Curiously all of the previously reported cases, the patient was diabetic posing a serious argument whether diabetes predisposes to infection of a certain group of microorganisms. Many mechanisms have been proposed to explain the increased susceptibility to periodontal disease in these patients, such as alteration in immune response, subgingival microbiota aspects, altered collagen metabolism, alteration in oral vascularization, hereditary patterns, altered neutrophil function, reduced phagocytic capacity, and chemotaxis.5 Inversely poor and persistent glycemic control has been associated with greater incidence and progression of gingivitis and periodontitis producing a vicious cycle.6–8 In another paper by Lee and Kanagalingam, the authors had documented that 50% of their patients with diabetes with deep neck abscess had K. pneumoniae, especially the K1 and K2 isolates.9 Extensive and prolonged antibiotic therapy is the mainstay of treatment. Suggested antibiotic based on empirical evidence includes metronidazole, clindamycin, penicillin, imipenem, ampicillin sulbactam, and ticarcillin-clavulunate.10 In our case, metronidazole was avoided because the patient was an alcoholic. Few clinicians have recommended the use of anticoagulants in all cases of Lemierre’s syndrome.11

Lemierre’s syndrome may be caused by organisms other than F. necrophorum. Our case advocates the need for a search of organisms that do not typically cause Lemierre’s syndrome and also highlights the changing patterns of infection with diabetes and the evolving menace of Klebsiella in community-acquired infections with diabetes. Primary care physicians should be aware of its existence and its variety and various manifestations. A curious and prompt diagnosis is essential for favorable outcomes in the treatment (Figs 1 and 2). 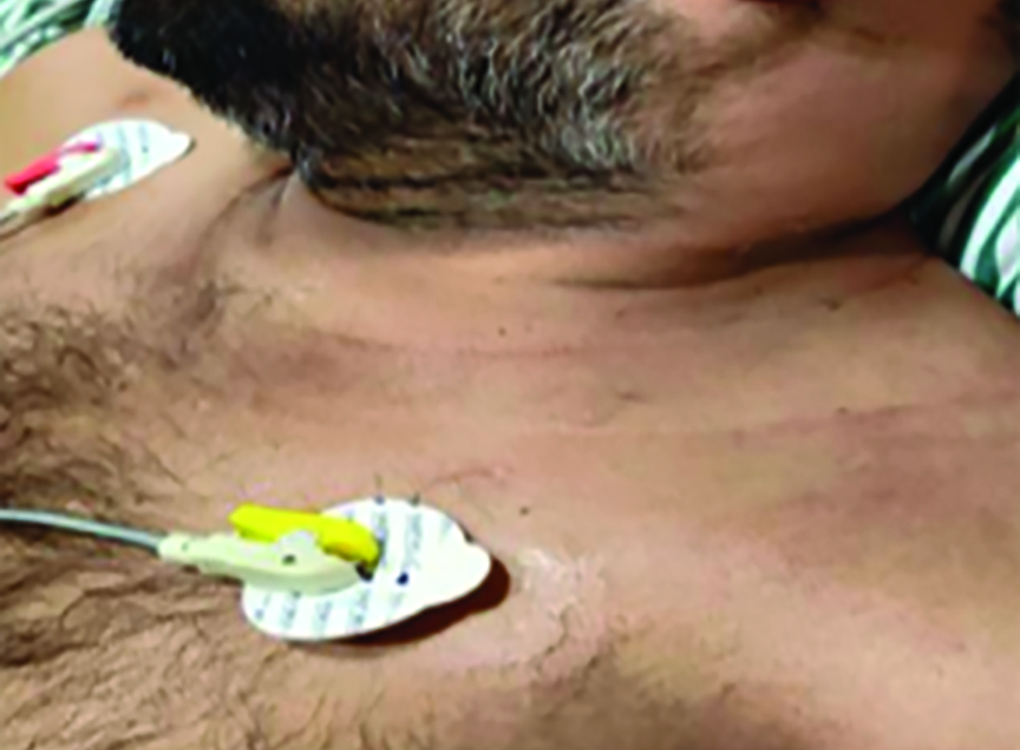 Fig. 1: Swelling over the left side of the neck extending to the upper chest 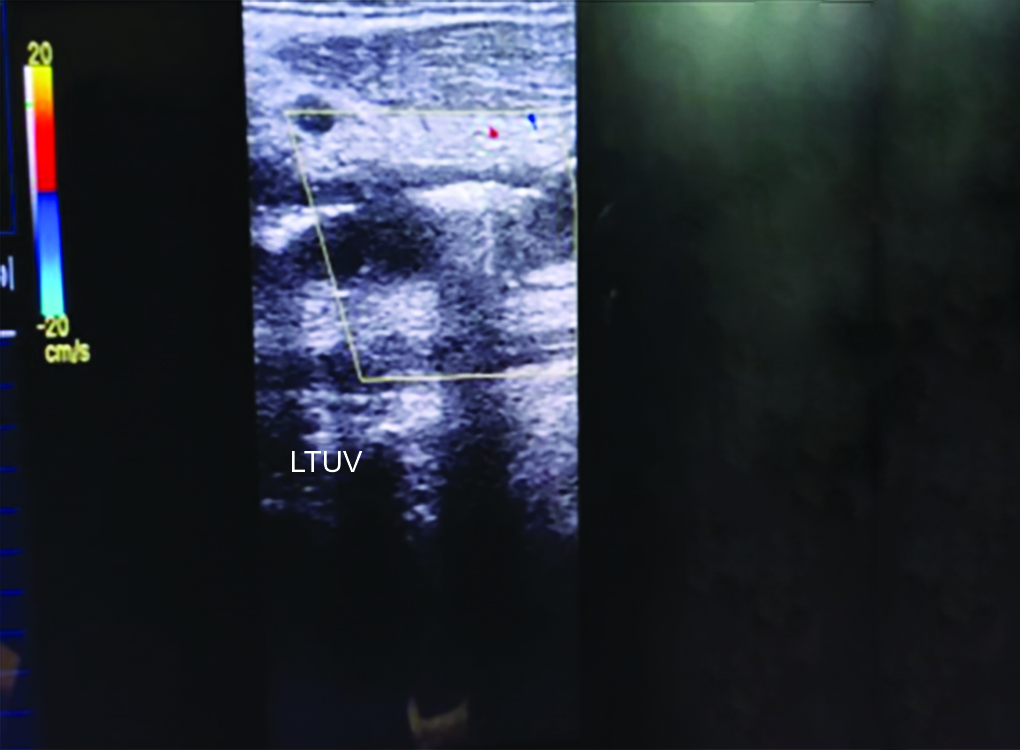